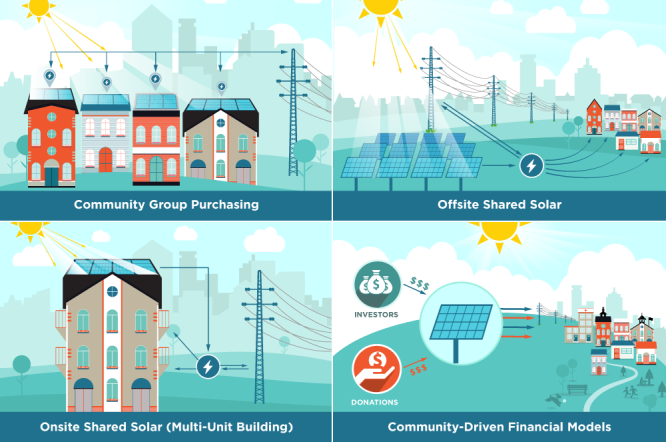 Solar energy is becoming more accessible to Americans as the U.S. Dept. of Energy’s SunShot Initiative comes closer to fruition, announced on July 7. The DOE SunShot Initiative is a national collaborative effort to make solar energy cost-competitive with other forms of electricity by the end of the decade. They are working to bring solar energy to as many people as possible by lowering the cost of solar electricity so that it is fully cost-competitive with traditional sources of energy.

SunShot awardees are making strides in the shared and community solar arenas, increasing access to solar for Americans who may have thought it was never a possibility. SunShot is a founding member of the National Community Solar Partnership, a partnership with other federal agencies, state and local governments, private industry, and non-profit organizations that works to expand access to community and shared solar throughout the nation, especially in low and moderate income households.

Solar energy is still viewed as a luxury by many. New programs are working to change that misconception and expand opportunities for more people to have access to use solar energy to power their homes, while also expanding job opportunities. Community and shared solar systems have the potential to bring solar energy to nearly 50% of America’s households and businesses that rent or don’t have adequate space for solar panels.

Images provided by the US Dept. of Energy